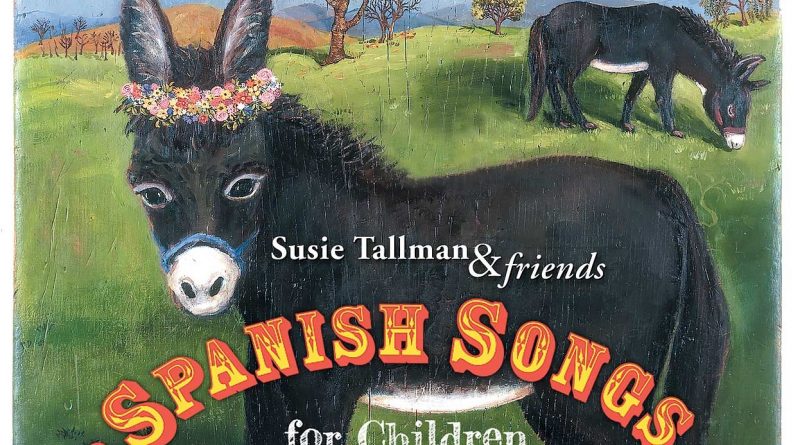 When friends get together, often it’s to share a meal, catch up, watch a game…But when you and your friends are amazingly talented musicians, “getting together” can result in something magical. “Spanish Songs for Children Learning Spanish,” the new album from Susie Tallman and Friends, is magical.

From the first song (Que Llueve) to the last (Guantanamera), Tallman has chosen songs representing a variety of Latin cultures and presented them for children in the most authentic ways possible.

One of the most authentic songs is a traditional flamenco from Spain featuring flamenco artist Vincente Griego and guitarist Eloy Gonzales. Griego incorporates the sounds of a dancer’s footwork into the song by clapping.

“I wanted it to be something kids could use as they practice their [flamenco] dancing,” said Tallman. “Most flamenco songs don’t include the footwork because the singer tells the dancer what to do.”

The friends Tallman assembled for this album includes a mariachi band for two recordings, De Colores and La Cucaracha, and many ABQ kids.

“Spanish Songs” has already won two awards, but for Tallman something that makes this, her tenth album, different is that all three of her kids on on the album.

“That was a true joy,” she said. “It made it so much more special for me.”

It was feedback from her two sons that helped Tallman develop a back-and-forth format, from Spanish to English, for most of the songs.

“Originally everything was in all Spanish,” said Tallman, but when she first sang the songs for her second grade boys, “their eyes would kind of glaze over, and they asked what it meant.”

But when she started singing part in Spanish, then part in English, “they were really engaged,” said Tallman. With this format kids “feel like they are part [of the story]. It really helps kids understand,” she said.

The authenticity of Tallman’s music makes the songs as enjoyable for parents as they are for kids.